Many of Steiner's street names are rooted in Texas history. Join me as I share the history of the people behind Rip Ford Drive, Gazley Lane, and Schleicher Trail on this episode of Discover Steiner Ranch. If you'd prefer to read about these Steiner street names, the video transcript can be found below.

If you've missed any Discover Steiner Ranch episodes, you can find them all on my YouTube channel.

Greetings, I’m Craig Smyser with 1835 Realty. With over 4,000 acres, Steiner is a pretty big place. And we need a lot of roads to cover it, which means a lot of road names. We’re going to take a look at some of these names rooted in Texas history on this episode of Discover Steiner Ranch.

Some of the original sections of Steiner have roads named after Texas Rangers. One of my favorites is Rip Ford Drive in the Chapparal neighborhood. Rip was his nickname, as his real name was John. He came to Texas in 1836 at the age of 21. He served in the Texas army for two years then practiced medicine until 1844 when he was elected to the Republic of Texas Congress where he supported annexation to the US. It was during the Mexican War that he earned the nickname of Rip. One of his responsibilities was to send the official death notices to family members. At the beginning, he wrote out ‘Rest in Peace’ on each notice. Unfortunately, as the battles escalated, he had more notices to send and shortened it to RIP to save time. His was a grim duty, and his fellow soldiers simply came to call him Rip, which stuck and remained with him throughout his life. He went on to become a Ranger and serve several terms in the Texas state senate. He would rise to the level of Colonel and continued to lead troops in a variety of settings, including the Civil War. He spent the later years of his life promoting an interest in Texas History.

Other roads in Steiner are named after notable Texans. Gazley Lane, located in the Canyon Glen neighborhood, is named after Thomas Jefferson Gazley. Originally from New York, he came to Texas in 1828, obtaining a physicians license in 1829. During the war for Texas Independence, he served as a surgeon in the Texas Army. He was a delegate at the Convention of 1836 at Washington-on-the-Brazos and signed the Texas Declaration of Independence. He went on to serve in the Republic of Texas Congress. He is buried at the State Cemetery.

Finally, Schleicher Trail in Plateau is named after Gustav Schleicher. Gustav, which clearly isn’t a common Texas name, was born in Germany but came to Texas in 1847 to help found a communist community which failed in less than a year. He settled near present day New Braunfels with many other German settlers. He was a surveyor by trade. He became a US citizen in 1852 then served in the Texas House of Representatives and Texas Senate. In 1874 he was elected to the US House of Representatives where he served until his death in 1879. He was physically a big man and considered a genuinely popular figure. He is buried at the National Cemetery in San Antonio and Schleicher County in West Texas is named after him.

Steiner streets pay tribute to a lot of early Texas history and I’m happy to share some of it with you. I’m Craig Smyser with 1835 Realty. Thanks for joining me for this episode of Discover Steiner Ranch. And remember, when you’re ready to buy or sell a home in Steiner, I’m ready to help. 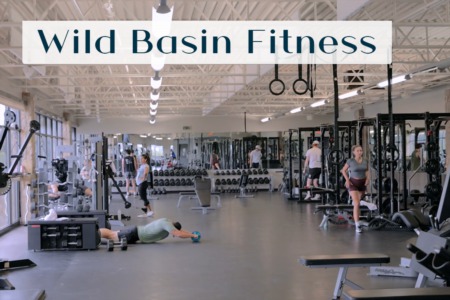 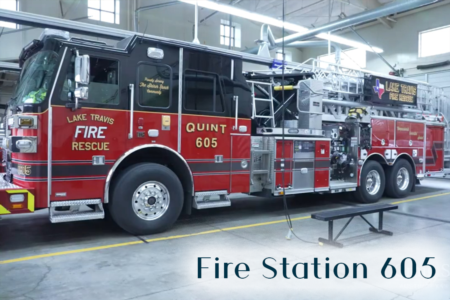 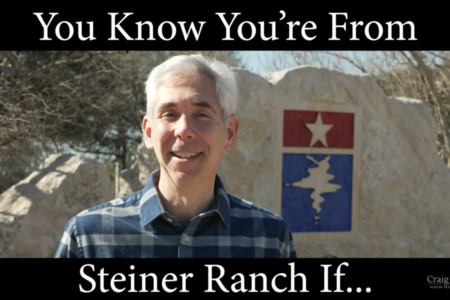 Discover Steiner Ranch: You're From Steiner If (Part 2)

Steiner Ranch definitely has its share of inside jokes and things that you'll only know if you live here.  Join me as I take another look at ...Read More