In 1910, construction of a permanent bridge across the Colorado River allowed Congress Avenue to expand southward. That portion of town has seen it's ups and downs since then, but is now one of the most popular destinations in Austin.  If you'd prefer to read about South Congress, you can find the transcript below the video.

Greetings!  I’m Craig Smyser with 1835 Realty.  Just south of downtown is one of the city’s most popular shopping and dining destinations.  We’re going to spend some time soaking in South Congress on this episode of Discover Austin.

South Congress, often referred to as SoCo, is the stretch of South Congress Avenue that runs from Lady Bird Lake to Oltorf, though the real heart of it runs from Riverside to Mary.  It’s host to many excellent restaurants, vintage shops, and boutiques.  In fact, I would use the word eclectic to describe a lot of the businesses along this stretch.  Allen’s Boots is family owned and opened in 1977.  It’s packed from floor to ceiling with over 4,000 boots and other apparel.  Monkey See, Monkey Do is loaded with novelty toys for kids and adults, alike.  Other notable shops include, Parts & Labour, Tesoros Trading Company, and the more recent addition of Austin’s own Kendra Scott.  Of course, Big Top Candy Shop already has it’s own Discover Austin episode and is always worth a stop.

There’s plenty of excellent dining options, too.  Home Slice Pizza is an Austin favorite and the subject of a previous episode.  Perla’s is a seafood and oyster bar with a great patio area.  Vespaio opened in 1998 and some of the investors questioned the location – I think it turned out alright for them.   Guero’s Taco Bar is another great restauant.  I won’t name all the incredible restaurants, but I can assure you there are a lot of fine, locally-owned restaurants on SoCo.  And don’t forget dessert – Amy’s Ice Creams is one of my favorites.

The Continental Club is yet another iconic place.  It opened in 1955 and is one of the longest continually operating clubs in Austin.  Originally a supper club, it’s now one of the city’s mainstays of live music entertainment.

A few motels continue to stand the test of time.  The Austin Motel opened in 1938 and still has the original sign.  No, your not the only one who sees the resemblance.  The Hotel San Jose also opened in the 1930s.  It hosts the annual South by San Jose Festival in its parking lot each year around the same time as South by Southwest.

The School for the Deaf opened in 1856 and sits on 57 acres.  In 1981 it became a state agency.  It has the distinction of being the oldest continually operating public school in Texas.

From the beginning, Congress Avenue was the main street of Austin.  However, it wasn’t until the first permanent bridge was built in 1910 that South Congress started to become a viable place for business.  It bustled for a few decades until the 1950s when many businesses moved to be closer to I-35 when it opened.  SoCo was a bit rough in the 60s, 70s, and into the 80s as crime and drugs moved in.  However, by the late 80s, the area was cleaning up and businesses returning drawn by lower rents.  SoCo definitely is a runaway success today.

The next time you’re ready to soak up some true Austin culture, take a stroll down South Congress to shop, eat, and even spend the night at a host of locally-owned businesses.  I’m Craig Smyser with 1835 Realty, thanks for joining me for this episode of Discover Austin.

Twice a year, artists, crafters, and creators take over the Sixth Street Historic District to showcase their work at one of the largest art and music ...Read More 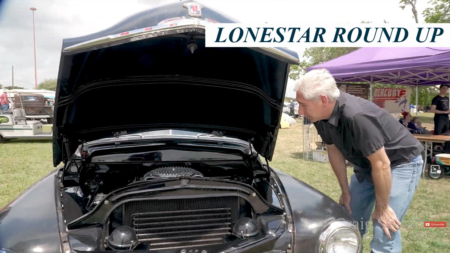 Discover Austin: Lonestar Round Up - Episode 96

I'm all revved up because I'm headed to Lonestar Round Up! Join me as I (and thousands of other car lovers) admire hot rods and custom cars from ...Read More

If you talk about Austin restaurant success stories, Chi'Lantro must be included in the discussion. Michael and I stop in for their Korean BBQ ...Read More

Consider This When Buying A Home